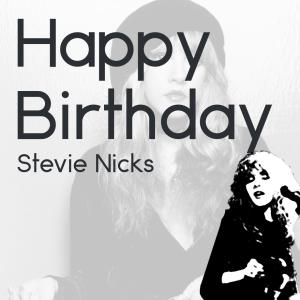 We would like to wish Stevie Nicks a wonderful 74th Birthday today!

Singer, pianist, and tambourine player who came into prominence with Fleetwood Mac after writing the classic song "Landslide." Nicks broke the record for most Grammy Award nominations for a female rock artist.

She had trouble pronouncing Stephanie as a baby, pronouncing it as "tee-dee," which is the origin of her stage name, Stevie. She was introduced to music by her grandfather, who was a country singer.

After debuting with the #1 solo album Bella Donna, Rolling Stone magazine named her The Reigning Queen of Rock and Roll.