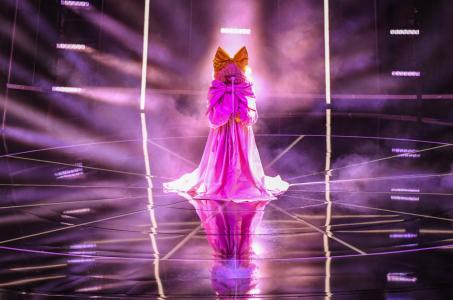 The singer's eighth studio release, Music -- Songs From and Inspired by the Motion Picture, will drop on Feb. 12 and feature the bouncy new funk pop single, "Hey Boy," which also dropped on Thursday.

The album was written for and inspired by the film directed and co-written by the Grammy-nominated singer. So far, fans have gotten a preview of the collection through the songs "Together" the inspiring "Courage to Change"; an accompanying original cast soundtrack is due out this winter, according to a release announcing the project.

The singer also unwrapped the heart-swelling first trailer for the film starring Kate Hudson, Leslie Odom, Jr. and her longtime collaborator Maddie Ziegler in her first major film role as the titular character. The film, described as "a wholly original exploration of the healing power of love and the importance of community," will be held together by Sia's music, which soundtracks "fantastical musical sequences" as it imagines "a world where those bonds can be strengthened in times of great challenge."